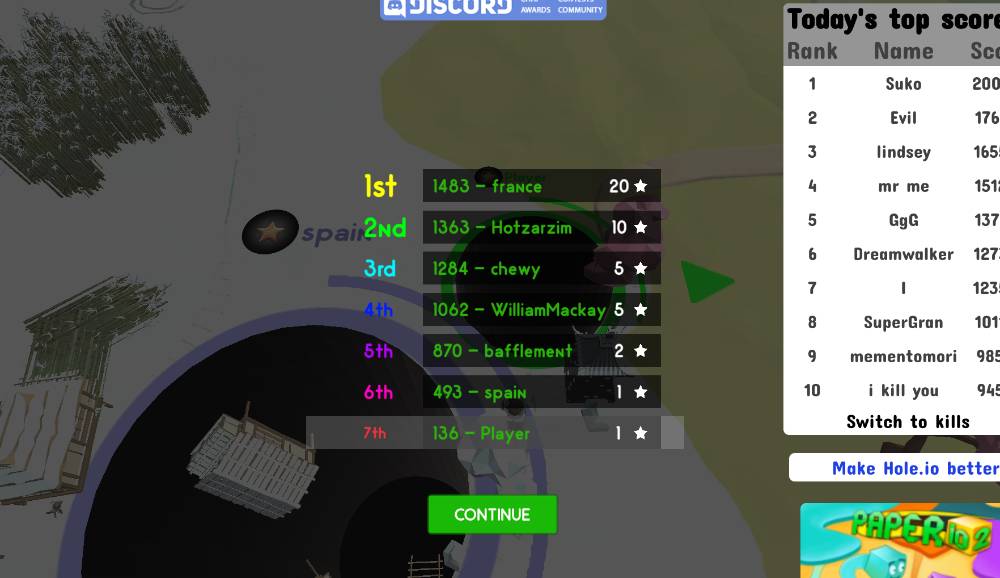 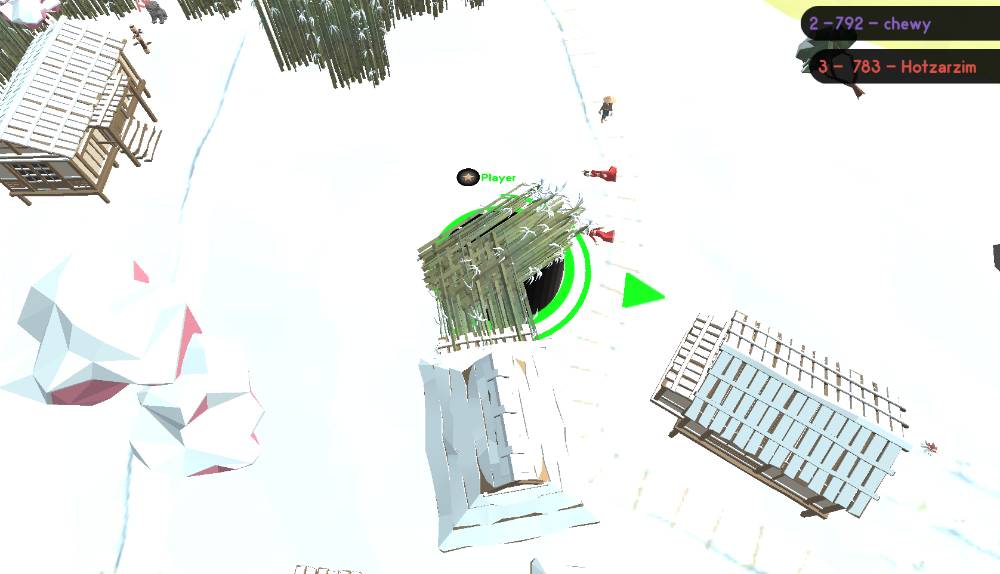 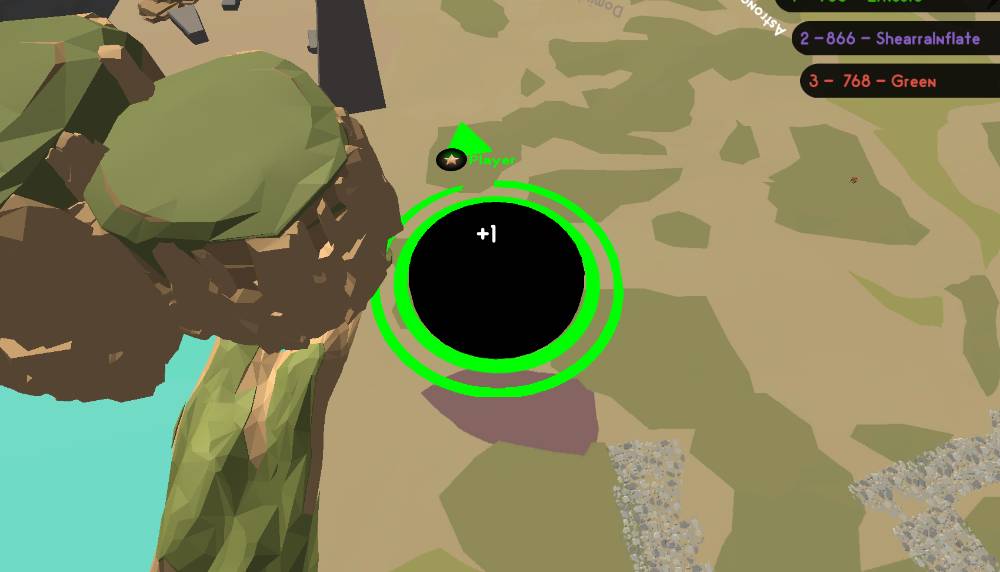 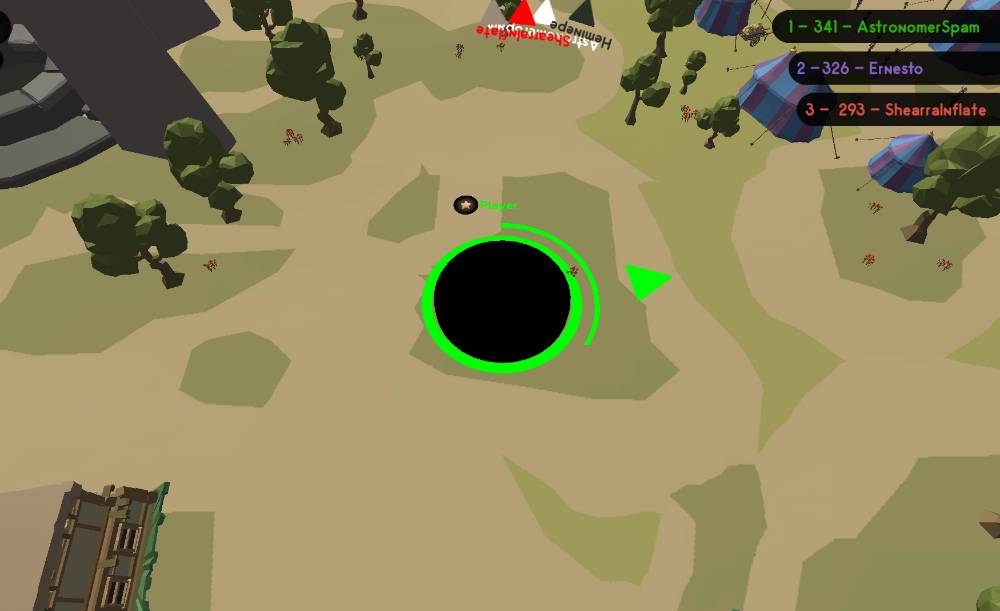 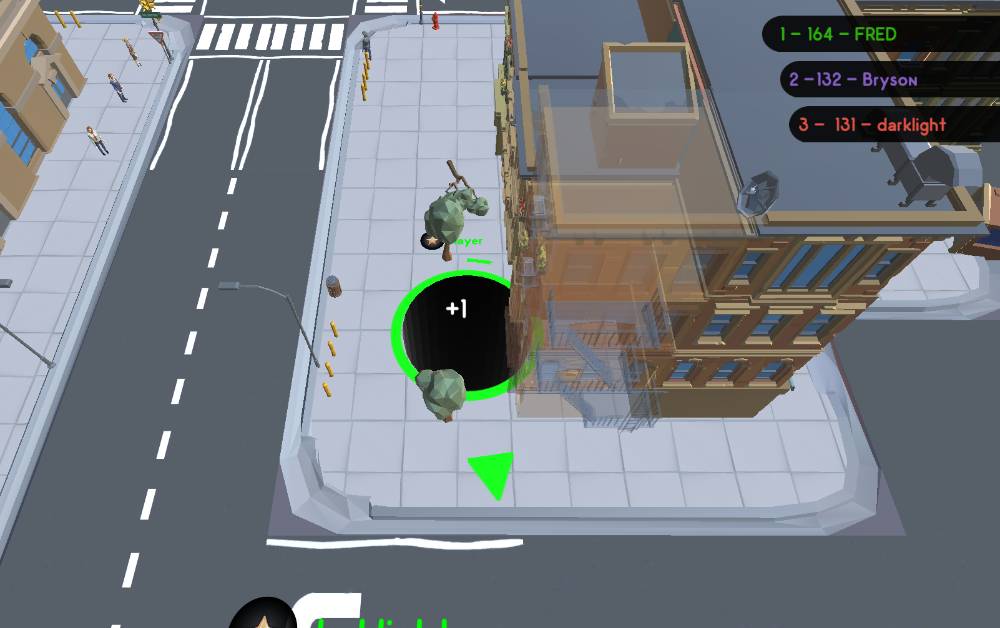 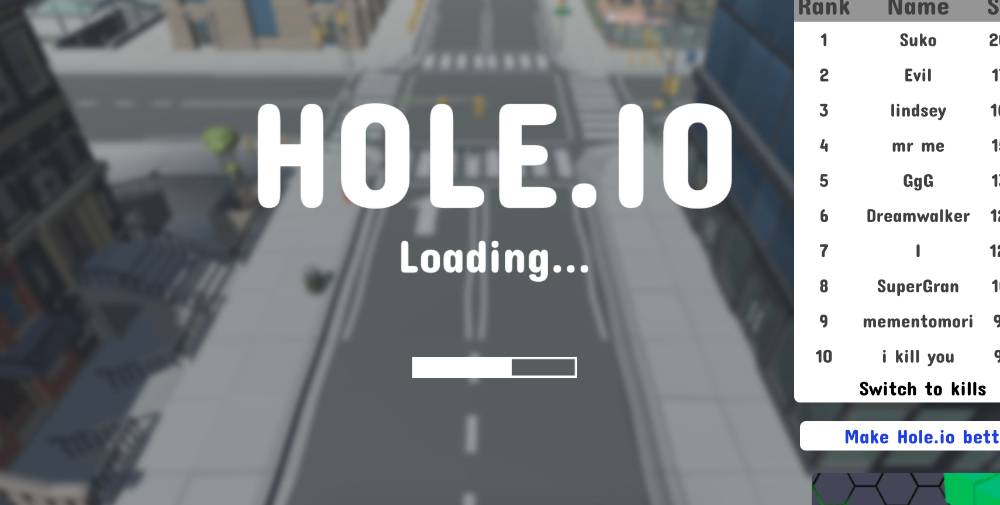 This game is a unique IO game.
This game has many unique designs.
In this game, each player has a different player situation, and each level in the game is a new level.
Environment, all kinds of environment are different, there are many unique ideas, so that players seem to be full of different freshness, bringing players a variety of unique feelings, as well as a variety of novel experiences, all kinds of buildings in the game from ancient times to the present, all kinds of buildings, and even all kinds of trees, etc., players can store black holes from them to achieve their own growth, so as to eat other things faster!
The screen of this game uses a high-definition game.
The picture of the game is changeable.
The game has many different scenes, so that players can see a variety of scenery and bustling cities.
In the metropolis, there are very classical time towers, and outside the city there is an area connected by various mountains.
There are a variety of scenes in the game.
Because there are a variety of scenarios, as the game level increases, players will see more differences.
Game scenes will make players feel a variety of fresh excitement, so that players immersed in the game!
The process of this game is simple, the player's controllability is very strong, and the player can get started quickly.
The main operation of the game comes from the control of the direction in the game, that is, the control of the direction of the black hole.
Players only need to control up, down, left and right, and choose the direction you want to move forward.
For the control of this direction, if the player is using a computer, the best way is to use the mouse, which can shorten the game time and increase yourself.
Rapidly increase the number of black holes, so as to improve their ranking qualitatively, and win the championship of each game as soon as possible!
The entertainment of this game is completely different for players.
This game is an innovation of IO games.
This game uses the way of sweeping the city, allowing players to increase themselves, rather than in ordinary IO games, the big ones eat the small ones and the big ones destroy the small ones.
This is a great innovation.
There is a feeling that everything is back to its original state.
The entertainment of the game includes raids on black holes in the game.
The black hole in the game allows players to eliminate all superfluous objects in the city.
Contestants should stay away from people who are bigger than themselves in the competition so as not to be knocked down.
Of course, there is no doubt that it is not afraid to be smaller than the players themselves.
Players can approach them without scruples.
The process of this game is great.
Focus on the ranking of the results.
Come on, I believe players can quickly fight monsters and upgrade.
Let's work hard.
There is no doubt that the allure of this game is great.
First of all, the creative main line of the game is a very big bright spot.
The second highlight of the game comes from a variety of scenes in the game, which makes players feel very good.
What is pleasing to the eye is that the third highlight of the game is the ranking in the game, which allows players to see their ranking clearly from the ranking of the game.
If the ranking is not good, it will also tell the players that they need to refuel.
If the ranking is good, then players can also be proud of this different honor.
Players will play in the game and get some warnings.
As for what these are, players start your game and try to immerse yourself in it. I hope your players can get a different experience!

Black hole game, very special, I think the rules of the game is very simple, the process is to eat energy from childhood to big!